People traveling to Columbia from Jefferson City cross the bridge and circle the entrance ramp to Highway 63 and head north on Highway 63.   It’s kind of hard to realize that people have to be beyond legal drinking age to remember when an area to the left of the highway was a road lined with gas stations and small businesses.  And a town called Cedar City.

Not far along the highway, also off to the left and out in a farm field is a strange white structure, obviously unused for a long time.  The road that used to lead to it has pretty much disappeared.

For some of us, especially for those of us in the news business who live on a day-to-day basis–because that’s how news is–we have to pause to realize that about 7,300 of those days have passed since the great flood of 1993.  Twenty years ago this summer we couldn’t cross the bridge and drive up the entrance ramp to 63 North because unprecedented deep and fast-moving Missouri River floodwaters had destroyed part of Highway 54 before the interchange.  And the southbound lanes of 63, which were lower then, disappeared under several feet of water.

We had seen water bluff to bluff at Jefferson City a few times before.  The people of the little town of Cedar City had been forced out of their homes many times in the decades–generations–past.  But they always went back.   About the time the 54/63 interchange was being planned in the late 60s and early 70s that would end the days of motorists crossing the bridge, stopping at a stoplight and turning left onto what was then Highway 63 that went through Cedar City and its gas stations (The Derby Station always had the cheapest prices, I recall).   The Jefferson City Housing authority met with town leaders at the school in Cedar City one night and made a special offer.  It would help relocate the town so it and its gas stations would be closer to that new interchange so that Jefferson City could use the Cedar City location for an industrial park.

The message came back from the Cedar Citians at that meeting.  It wasn’t, “No.”   It was “Hell, no.”   I remember one old man probably younger than I am now who told the head of the Housing Authority, Ted Herron, something to the effect, “This is the town where we’ve grown up, where our parents and grandparents raised their families.  This is home.  We aren’t leaving.”   And the rest of the crowd nodded and rumbled words of agreement.  And the Housing Authority officials went back across the river and the idea of an industrial park was shelved.

One July day, I stood at the end of Bolivar Street in Jefferson City where the city entrance to the original bridge across the river had been, listening to the roar of the water striking the supports for the “new” bridge and recalling the sound was about the same as the roar of the water in the Colorado River rapids of the Grand Canyon where my wife, Nancy, and I had been rafting a few days before.  An interviewer from the McNeil-Lehrer Newshour asked about Cedar City where only rooftops of most buildings were visible above the chocolate-colored water.  And I recalled the words of that man about twenty years earlier about the generations that had gone back time after time, even after the last great flood, in 1951.  And I said that floods might damage or destroy buildings and roads and streets, but the hardest thing for floods to destroy was roots.

The flood of ’93 destroyed the roots.  Cedar City didn’t come back.  The women’s prison had water in the second floor.  It was wrecked.  The inmates who were evacuated never returned. In time the property was sold, which is why the building is in the middle of a farm field.    The southbound lanes of Highway 63 were built on higher ground.

Our newest reporter, Mary Farucci, was asking about the flood the other day.  She’s 24 and even if she had lived here then, she  likely would still be too young to have many, or any, memories of the months of misery that states in the Missouri/Mississippi River basin endured.

Cedar City is called North Jefferson City now.  Only a few structures are still there.  Jefferson City has a community garden and a dog park where once generations of people raised families that withstood the worst the river could throw at them.  Until 1993.

This month marks the anniversary of the beginning of the worst water disaster mankind has ever experienced in this part of the country.  Associated Press reporter Robert Dvorchak, who was based in Minneapolis when Patrice Press published his recollection in a 1994 book edited by Betty Burnett called “The Flood of 1993: Stories from a Midwestern Disaster, wrote, “For a monster, the Great Flood of ’93 had a humble birth notice.  On March 3, in a story on page 6B of the Star Tribune of Minneapolis, National Weather Service hydrologist Gary McDevitt warned that a flood potential existed…’We want to alert people along the river and its tributaries early that we’re watching this year closely,’ McDevitt said in a monthly report. Minor to moderate flooding was forecast.  Heavy rains could make it much worse.”

And so it began, with a routine weather story two decades ago this month.

There will be many people telling many stories in the months to come.  We’ll be seeing then-and-now newspaper articles, and television features.  Those too young to know an event that remains a marking-point in the lives of millions will see the images of that time.  But for thousands of us, those stories will be far more than images. 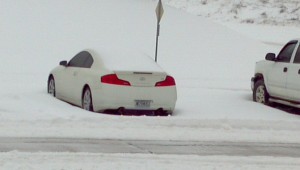 Whose lot is this I think I know.
The owners are in another part of town, though.
They did not see me parking here
Too early for the lot to fill up with snow.

My little car must think it queer
To park without a carport near
Upon the lot near frozen street
In this, the short month of the year.

My little car is white, you know,
It blends into the blowing snow.
Later I’ll borrow a broom to take
Away the product of lightning, wind and downy flake.

The parking lot is slick, and deep.
But I have promises to keep,
And newscasts to do before I sleep,
Upon the cot in the closet I keep.

This is Winter Storm Q.
Who the heck decided to start naming winter storms?  And why in the name of Heaven did they think winter storms NEED names?

As fans of James Bond movies know, “Q” was the guy who came up with all of the Bond gimmicks.  And that’s what we’re dealing with today.   A gimmick.

The Philadelphia Inquirer ran an editorial yesterday noting that the United Nations World Meteorological Organization in Geneva, Switzerland determines the names for tropical storms and hurricanes.  There are specific criteria for determining that a storm needs a name.  It does not give winter storms names.

This winter storm-naming business is a gimmick dreamed up by The Weather Channel.  The Inquirer says the Weather Channel is pretty vague about the criteria it uses to name these things.  It refers to the channel’s explanation as “comically vague.”  The channel announced its gimmick last fall. The Inquirer notes the channel originally wanted to call storms names like Gandolf, Khan, Rocky, and Yogi (as in the cartoon bear, not the Missouri-native catcher). The newspaper says the National Weather Service quickly “warned its meteorologists not to dignify the network’s first winter storm designation ‘Athena’ with a mention.”  The Inquirer calls this Weather Channel naming  business “a depressing attempt to disguise empty hype as empirical analysis.”  And the editorial concludes, “How long can it be before this pseudoscientific system mutates to encompass even more unremarkable weather patterns?  We might as well brace ourselves for Heat Wave LeBron or Stiff Breeze Bieber.”

Maybe they need to hire Bob Frost Priddy as their Snowet Laureate.

Frankly, we believe Missourians can call storms like this a lot of names—and probably are.  Our own Mary Farucci came in this morning to announce she had bashed in her car’s tail light on her mail box.  We are too much of a gentleman to ask her what she called this storm when that happened. And we hope that she is too much of a lady to tell us.

We’ve been startled by lightning and thunder mixed with the snow here at the Learfield Mother Ship, the headquarters of the Missourinet and the Brownfield Network. The news staffs are making sure all of our programs keep going out no matter how deep the snow becomes.  We have the cot in the closet.  Brownfield’s ace market reporter, John Perkins, has an inflatable mattress. The engineers have turned on heaters on our satellite dishes to make sure ice and/or snow buildup does not interrupt our services, incoming or outgoing.

The legislature showed admirable foresight in sending people home a day early yesterday.  That’s good because it means we don’t have to go to the capitol today.  Heck, we don’t have to go anywhere today.  Thank God for pizza and sandwich delivery folks who are willing to risk life and fenders to deliver a six dollar sandwich on days like this.

Others are pushing snow off our roads and throwing tons of salt that we’ll have to get rid of in a car wash next week on the pavement.  We don’t lift a toast to them often enough for what they do in times like these.

Most of Missouri is going to be dealing with this winter storm in various ways.  Some have referred to it as the worst winter storm to hit Missouri in two years.  But it’s hard to think this will be anything like Snowmageddon of 2011.

And just about everybody we’ve talked with agrees that it’s good that it’s February.  It’s hard to get too discouraged on snowy days when you realize that baseball is being played somewhere today. 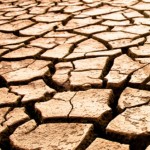 …there’s not enough water in the Mississippi River for operation of a ferry boat from Dorena, Missouri to Hickman, Kentucky. That’s the truth. The Dorena-Hickman ferry has been shut down. The operators are getting hit in two ways. Their normal business of hauling vehicles back and forth to Kentucky is stopped. But their tourism traffic has been shut off, too. The ferry advertises itself as a tourist attraction for people who want to experience Ol’ Man River.

This in the same area where a big levee was blasted open to flood more than 130,000 acres of Missouri farmland so that Cairo, Illinois would not go under even more than it was just a year ago. Bust one year, dust the next. Mother Nature is a cockeyed wench. And “wench” is more a more complimentary word than many would use.

Our newsroom weather expert, Mike Lear, keeps in touch with his network of weather forecasters and observers and we run quite a few stories about what things are and what things are likely to be. Today we’re running a story with the state climatologist who says the next couple of months might be great for softball game schedules but pretty grim for those who try to coax the ground to give us food.

As an Illinois small farm-boy, son of Kansas dust bowl parents, I’ve heard stories of dryness for a long time and I’ve heard various colorful ways of describing how dry things are.

It wouldn’t surprise us if some of the readers of these entries have heard other colorful descriptions of how dry things are. Feel free to add them to our short list. Just keep them clean. There’s a difference between dusty and dirty.