Newspapers, journals, and stories passed through the generations tell of times in the dead of winter when the major rivers that flow along and through Missouri froze solid. We could see from the Capitol the other day that the Missouri River has a lot of ice chunks in it, which is not surprising the killing weather we had earlier in the week.
Missourinet managing editor Jessica Machetta found this picture from 1905 when the Mississippi was solid ice at the Eads Bridge in St. Louis. 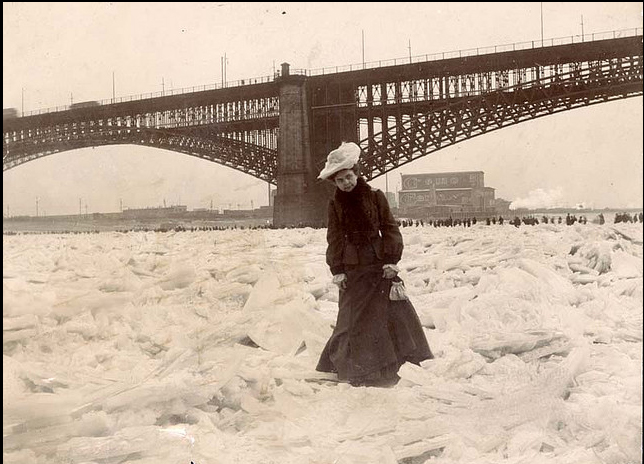