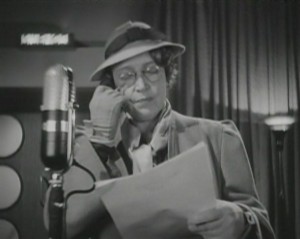 We got a call a few weeks ago when the Powerball jackpot moved into nine numbers from someone who pointedly asked, “Do you really think the lottery jackpot is news?’

The caller disagreed with our decision to run a story that he thought promoted the lottery. He disliked state-backed gambling.  Maybe he doesn’t like gambling in general. Our conversation didn’t get that far, as we recall.   But he did think we were giving free advertising to something he didn’t like to begin with.

It’s difficult to establish objective criteria for determining what is news.   In fact, the definition fluctuates from community to community.  A fender bender in Left Ankle, Missouri might be news in a town of 2500 where everybody knows everybody else but it’s not news in Kansas City—unless it’s a prominent public figure and he’s drunk and has partially-clad woman in his car or something like that.  Of course if that was the situation in Left Ankle, the Left Ankle Daily Blat would use headline type that had been reserved to report the second coming of Christ. But otherwise the Blat would run it as a routine story.

Is news free advertising?   Sure it is.  Sometimes.  There are often ethical issues reporters have to consider in how they tell a story or whether they tell it at all.  We know of some stations that will not run positive stories about any business that does not advertise with the station.  We know of stations that, for example, have run news stories on health issues that specifically mention or show this or that medical facility because that medical facility either sponsors that segment of the news or is a sponsor, generally.

The Missourinet disagrees with that philosophy.  The standard our newsroom has held from the beginning—and one that is respected by our sales department–is that a a sponsor can buy commercial time  but cannot buy content within the stories in the newscast.

We don’t even like to mention the commercial sponsor of sporting events or locations.  The Frederick’s of Hollywood Thong Bowl in Pelvis, Texas is something we prefer to refer to as “a bowl game in Pelvis, Texas.”  If Freddy wants to advertise thongs on the Missourinet, Freddy should buy a commercial.

So, yes, some news amounts to some exposure of commercial enterprises, state sponsored or not.  But the bottom line is that the possibility your neighbor will suddenly be worth $100 million is news.  Advertising tries to convince people to buy tickets. News stories don’t, or shouldn’t, directly encourage listeners to do that. Other news departments see things differently.

2 thoughts on “Is the jackpot news?”