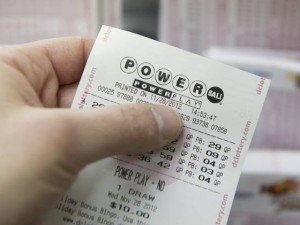 Yes, I went out and bought a ticket.  Decided to change my luck and figured out a series of lucky numbers instead of letting the girl at the grocery store hit the Quick Pick button.  Think about it.  Isn’t the lottery more likely to pick a number that its system has not already picked than to pick the same combination of numbers twice?   So I decided to try something to change my luck.  Then that strategy went out the window with a news release from the state lottery that arrived in the newsroom at mid-afternoon Tuesday.

The jackpot was only $425 million when I bought my ticket but as this is written, the lottery has announced the jackpot has hit a half-billion dollars.   And I am sorry to hear it.   It’s too much.

For years I have been saying and thinking that I would win the lottery when the jackpot reached $495 million.   Now it’s gone five million bucks beyond that  and likely will have even more buckage by drawing time tomorrow night.

For all these years I have felt as Hamlet felt, “For there is nothing either good or bad, but thinking makes it so.”

But thinking hasn’t worked.  Greedy jackpot hunters have pushed the jackpot beyond my “make it so” level, blast them!

So I’m not going to win the Powerball jackpot this time.

I meet all the other unofficial criteria. I’m older than 60.  I have a mortgage that I would pay off.  Nancy and I want to travel.  We have kids and 1.5 grandkids that we would make financially secure. We are members of a church that we would probably give some money to.  I have my eye on a new car that I will be able to afford if my numbers are chosen.   Yes, I would quit my job. Why keep getting up at 4:30 a.m. when its zero and blowing ice when I’ve got what’s left of the $327 million one-time payout?  Well, maybe I would quit most of my job. I’d want to keep enough of my job to maintain some social contact because rich people often are lonely.

But all of that has gone up in smoke.  I’m not going to win the lottery.  It’s too much.

I’m not going to win the lottery. Why couldn’t people have just stopped at $495 million?