There was a certain amount of teeth-gnashing in the Missourinet newsroom yesterday afternoon when the news came that the last Twinkie had rolled off the production line yesterday morning. 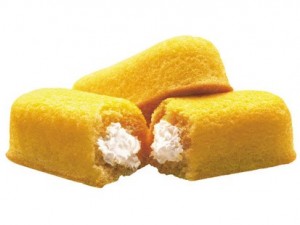 You have by now heard that Hostess Brands is euthanizing itself after its bakers union refused to accept a new contract with cuts in salaries and benefits and walked out when the company unilaterally imposed the new agreement.

Company stores will stay open for a few more days until the products are sold out. Sometime in the next few days, the people who re-stock the vending machines downstairs will give us some products with different names and probably the same sugar content. .

Hostess blames the union. It admits offering a contract with wage, benefit, and work rule concessions but says it also offered the company’s dozen unions 25 percent ownership, representation on the board of directors and $100 million in reorganized Hostess Brands’ debt. It’s kind of like Lee Iacocca telling the auto workers more than thirty years ago at Chrysler, “I’ve got thousands of jobs at seventeen bucks an hour. I’ve got no jobs open at twenty.”

The bakers union, however, has been quick to note that while the company was filing for bankruptcy for a second time a few months ago, it tripled the pay of its CEO and hiked compensation for other execuitves as much as 80%.

Reports indicate that the 12 unions in the company are not united on the idea that the walkout was a good idea. The New York Times reports the Teamsters Union warned the bakers that their walkout could lead to a liquidation of Hostess.

So the company that Ralph Nafziger founded as Interstate Bakeries Corporation in 1930 in Kansas City as a wholesale company selling loaves of bread wrapped in gingham cloth has run out of time in a changing world.

The union blames Hostess management and says management has run the company into the ground.

Wonder Bread. People of a certain age might remember Buffalo Bob Smith and Howdy Doody praising it as a bread that “builds strong bodies 8 ways.” A decade later Wonder Bread was building strong bodies 12 ways. But in recent years, it and the other products couldn’t build a strong COMPANY in any way.

The demise of Hostess could also mean the demise of Butternut Bread, which began in 1902 and was aquired by Interstate in one of its series of buyouts of other companies.

So Hostess is liquidating, hoping to sell its products to other companies. Maybe Twinkies and the other products will survive under various different companies that don’t base their entire output on products that don’t fit into today’s wholesome diet consumer world. As someone noted in responding to a New York Times article about the winding down of Hostess, “When was the last time any of you ate Twinkies? Wonder Bread? Hostess is going out of business because they have products nobody wants.”

We called the Department of Economic Development late yesterday afternoon and talked with John Fougere who says the department will immediately deploy teams to help the workers who find themselves with no more bread and snack cakes to make find new jobs in comparable industries. Fougere admits there aren’t many other places that make stuff like HoHos and Wonder Bread. That’s why the department has various re-training programs—because events like these are more about people than they will ever be about where our next Twinkie will come from.