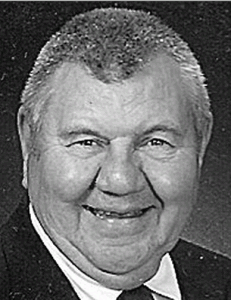 My introduction to politics came in the 1983, when my dad’s old college roommate from Mizzou decided to take a run at a seat in the House of Representatives, 111th district.

So that summer, my family spent weekends painting signs, washing bumpers at county fairs for those who agreed to take a sticker, and going door-to-door to ask people to vote for Doc.

That was the summer I figured out that a collie on a chain, if he’s angry enough, can and will pull loose from that chain and give chase. Therefore, it was also the summer that launched my running career.

I was nine years old, and I grumbled a lot about “politics” that year, which seemed like a lot of hard work and ham sandwiches to me in between the near-death experiences. I was pretty sure this politics business was not for me.

But Doc didn’t seem like a politician to me. He was just my dad’s friend — short and round, always with a ready smile — who would drop by our house in his white farm veterinarian truck to help a sheep with a prolapsed uterus, a heifer with mastitis, or to vaccinate the barn cats for distemper.

I never took Doc too seriously as a kid, unless he was treating our livestock. That’s when I would quietly watch him work, listen to his soothing, gentle reassurances to the animals in distress, and trusted the look on his face to convey whether things would be OK — or they would not.

But, helping him that summer paid off. Or, Doc’s tilted cowboy hat and ready smile had won folks over in rural central Missouri, and he won that election. It was a shared victory, and one we would follow for the next 23 years.

When we went to see Doc at the Capitol the next year, he was not wearing his dirty jeans and cowboy hat, or even his National Guard Army Reserve uniform. He was wearing a suit. But he still didn’t look like a politician.

Today we lay to rest Dr. Merrill Moses Townley. He died last Tuesday, on Election Day.
He was a man who wore many uniforms, and while I don’t know which of them he’ll be buried in, I’ll always remember him in dirty jeans and a cowboy hat, ready to roll up his sleeves and get to work.