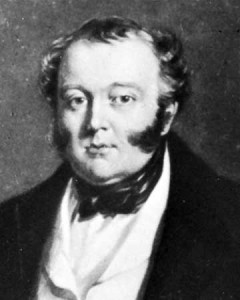 George Hudson was a New Zealand postal worker who liked to study insects.  Although he died in 1946 just before his 79th birthday, his insect collection remains the largest-ever in New Zealand.

George’s day job left him with little time after his work day at certain times of the year to collect more bugs.  So in 1895 he presented a paper to the Wellington (NZ) Philosophical Society suggesting a way he could have more hours of sunlight for more bug-hunting.  He suggested moving clocks forward by two hours, creating more evening daylight.  His paper stirred up a lot of interest.  He presented another one in 1898.

Back in England, the country of Hudson’s birth, outdoorsman William Willett went on a ride before breakfast one day in 1905 and started thinking about the number of people who slept away a good part of the day during the summer.  Willett was a golfist who really didn’t like having to leave the links when the light went away.  So he published a proposal in 1907 suggesting moving the clock forward for summer.  But Parliament had taken no action by the time Willett died in 1915.

Wars can add urgency to causes that languish in peacetime and World War I did that with daylight savings time.  Germany and its allies decided in 1916 to adopt it as a way to conserve coal.  Britain and most of its allies thought that was a snazzy idea, too, and soon adopted it.  The United States adopted DST in 1918.

Actually, Benjamin Franklin had satirically proposed the idea in 1784 but other issues, such as the organization of a new nation, got in the way of enactment.  And even after this country adopted DST in 1918, many states did not approve it.   Missouri didn’t do it until many years later.  And for many years it was a local option. What a pain.  Daylight Savings Time for everybody in Missouri didn’t arrive until April, 1967.  I recall talking to some people in those days who where all a-twitter because DST would make mornings darker, longer, and it would be bad for their plants.

Most of us will go to bed with CDT tonight and wake up with CST tomorrow.  There is no known medical cure for these conditions.  It’s something we just have to live with although some people never adjust to the fact that the day gets darker earlier.  The change is the official beginning of winter’s discontent.

The time change is official at 2 a.m. tomorrow (Sunday).  Remember:  FALL BACK. Adjust your clocks before slipping into the embrace of the arms of Morpheus.  Most folks don’t stay up to celebrate the time change—this isn’t a new year or anything.  But it means you’ll have to cram your usual six or seven hours of sleep into sevn or eight  So, sleep slowly tonight.