You can get away with things while you’re swimming with the goldfish that you can’t get away with when you jump into the shark tank. 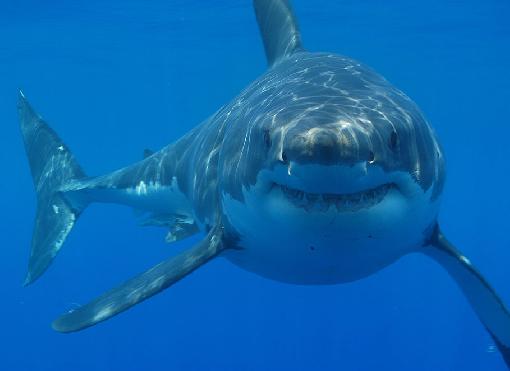 Todd Akin has left the safety of the goldfish pond that was his Second Congressional District and has jumped into the shark tank of senatorial politics.  He was doing fine until he bit himself last month with his remark about “legitimate rape.”  That remark put blood in the water and now the sharks have zeroed in.

We’ve known Akin since he was a member of the Missouri House, a fairly benign figure at the time as we recall him.  He didn’t seem to be saying outrageous things that shot him to the top-of-the-fold position in the daily newspapers and to the top of the national and state newscasts.  But that was swimming with the minnows, before he jumped into the larger goldfish pond of the United States House and now into the shark tank that is the U. S, Senate race. Every day, it seems, something new is reported that he said or did or didn’t do.  The latest thing is that he somehow forgot when he was filing his federally-required financial reports for the last decade to mention that he had been drawing a pension from the state of Missouri for his service in the legislature.  Fifteen thousand dollars a year for the years he spent causing no headlines while swimming with the minnows.  “Unintentional oversight,” he explained.

We confess that we have asked ourselves in the Missourinet newsroom how much these seemingly daily oozings of Akin political blood are news and we wonder if the latest quote is all that significant.  Has Akin reached the point where we reporters wait for him to leak some more of his own verbal blood so we can turn it into a news story?

We’re pretty sure that the most steadfast Akin loyalist and probably Akin himself will say “yes.”  And you know what?  They’d be right.   To a degree.

But the other side of the equation is this:  Claire McCaskill hasn’t exactly had a free ride.  Akin allegations that she profited from the federal bailout, tht she voted for earmarks despite publicly opposing them, and that she failed to pay taxes on her husband’s airplane have become difficult issues for McCaskill in this campaign.  But so far she hasn’t bitten herself and caused a winning campaign to become fish food in a shark tank.

So is the Akin pension thing news?   Yeah, it is.  It would be for any member of Congress regardless of whether they’re campaigning.  Is it top of the page news?   We’re not sure if an “unintentional oversight” is. And maybe it wouldn’t be if Akin hadn’t been nibbling on himself for a month.  But it is news.

When you’re in the minority in the Missouri House, which Akin was, and when you’re one of 435 members of the U. S. House whose spoken word is often the daily one-minute speeches many members give, the chances your remarks will become headlines are limited.  But when you are one of two people in the bright spotlight of a senate race, remarks become extremely important and are closely monitored by the opposing side and are closely examined by the special interests that have a lot of money to invest in the opposition or to withhold from you. And from reporters like us.

Nobody forced Todd Akin to walk a plank over shark-infested waters.  He willingly jumped in.  When you make yourself bleed in a shark tank you shouldn’t  be surprised if the sharks find you fair game and call the attention of others to your situation.