The first newspaper we regularly read—-and probably the first newspaper that many consumers of these words read—is about to die. Deaths of newspapers have become so routine in the last two decades or so that the only headlines their passing seem to make are the headlines in their own last editions. But this one is different.

This one is Weekly Reader. 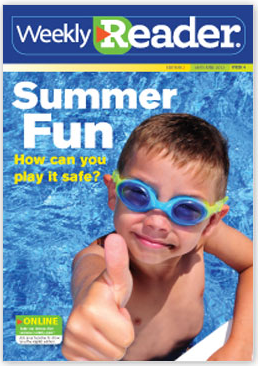 It was My Weekly Reader when the first issue landed on my desk, probably on a Friday afternoon, four pages, tabloid size, with stories written at various grade levels for readers. It was a newspaper for kids of all ages long before the state and national press associations launched their Newspapers in the Classrooms programs.

It went through several owners. Once it was even owned by the R. J. Reynolds Tobacco Company! It was owned by the Reader’s Digest Association for several years until it was sold to Scholastic Corporation last February. By then, readership had declined from a peak of 13,000,000 to about 600,000.

Bloomberg News says only five Weekly Reader employees who now work in White Plains, NY, the home town of the Missourinet’s newest reporter, will move to Scholastic News. A Scholastic spokesman has told Bloomberg that combining the two publications will produce “A better news and information experience in print and digital formats for teachers and students.”

So now the first newspaper for many of us disappears into the massive corporation that published the Harry Potter and the Hunger Games books after gently introducing millions of people to the world of news.

One thought on “The death of our first newspaper”