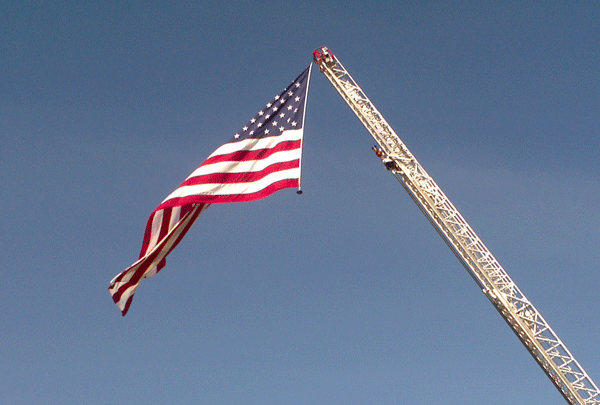 I was in Joplin Tuesday, just a few days after wrapping up a legislative session often marked by rancor and disagreement. Several of us from throughout the state had been invited by Ingram’s magazine, the state’s largest business magazine, to get together to be recognized as “Missourians You Ought to Know.” While we were there we got plugged into some of the anniversary events commemorating the Joplin tornado a year ago that killed 161 people. We’ll write more about part of that experience later.

What I want you to hear is the speech given at Cunningham Park Tuesday afternoon during the ceremony that remembered the exact moment the tornado first touched down and began to grind one-third of Joplin into pieces. The park is across the street from the wreckage of St John’s Mercy Hospital, which took a direct hit from the tornado is is being torn down. 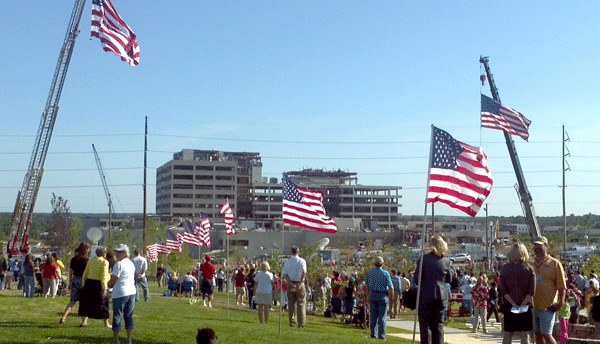 The keynote speech was given by Hal Donaldson, the co-founder and President of the Convoy of Hope, a Springfield-based organization hat provides aid to disaster-stricken people throughout the world. I jotted down notes as quickly as I could but I couldn’t get them all as accurately as I hoped. So Wednesday morning, before I left town, I stopped at our affiliate, KZRG, and asked reporter Darrin Wright to send me the audio file of the speech. Darrin told me the event has an emotional one for him as well as many other people because he was among those who lost a home in the tornado. But the crowd seemed uplifted by Donaldson’s remarks as he described “The Joplin Way.” He said he wished every American could visit Joplin and understand what happens when people “see beyond their problems…(and) see new opportunities.”

He says Joplin has taught the nation three qualities: the importance of hard work, of unity, and of courage. “In times of great difficulty, that hard work speaks louder than harsh words…that finding solutions is more important than fixing blame…Partisan bickering has never rebuilt a school or removed debris from a neighborhood…You decided that repairing the walls of the city was more important than propping up invisible walls that so often divide communities and impede progress,” he said. 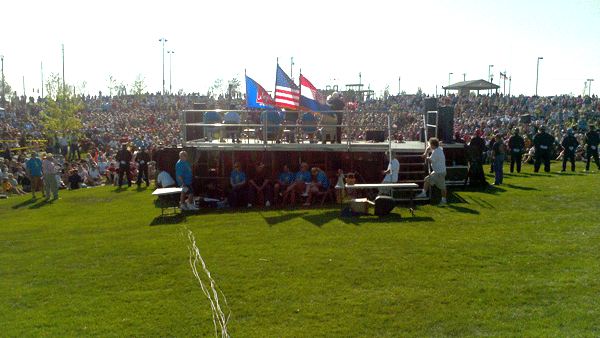 There’s more. I hope you listen to it.

After enduring almost five months of a legislative session and now bracing for political campaigns that already are seeking the lower levels of discourse, it’s refreshing to hear someone appealing to our better angels and recognizing that thousands of people have become examples of those better angels for all of us. Would that there were more who seek leadership this year who understand from that memorial ceremony in Joplin how much better people respond when bricks are used for building, not for throwing.

One thought on “The Proper Use of Bricks”