Mortimer Brewster: Hmmmm. Should have quite a kick. 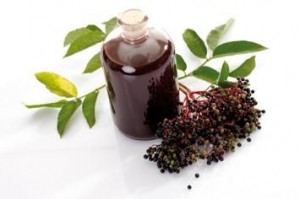 It’s a classic of the Broadway stage, a play about a couple of batty old spinster sisters with an even loonier brother who live in a house in Brooklyn, N.Y.

Mortimer Brewster is the bewildered nephew who discovers a body hidden in a window seat at the sister’s home and learns that his aunts, Martha and Abby, have a penchant for putting lonely old men out of their misery by serving them their special-recipe Elderberry Wine.

Why “elderberry wine?” Simple. What’s funny about the word “Merlot?” And when spoken by a couple of elderly ladies, the mere word packs a comic kick that was not matched in the entertainment world until Walter Matthau courted Sophia Loren and impressed her with a box of red wine in “Grumpier Old Men.”

More than seven decades after Elderberry Wine became a featured inanimate character of a stage play that is still performed by high schools, community theatres, and in revivals on the legitmate stage, the elderberry is getting some serious attention.

The University of Missouri College of Agriculture, Food and Natural Resources (a friend of mine once remarked that the names of law firms often sound like what you’d hear if you dumped a bunch of pots and pans down some stairs; the College of Agriculture, Food and Natural Resources always struck us as falling — to coin a phrase — into the same category) is convening what it claims is the first international symposium on the elderberry. It will be in June, 2013, during the plant’s peak flowering season. Symposium organizers hope horticulturalists, botanists, biochemists, and representatives of other disciplines will show up.

Such a major event for a berry that has been part of so much dark humor for so long has prompted us to investigate why the elderberry is worthy of such attention.

Elderberries are supposed to be juicy and sweet. They’re in pies and jellies … and wine. More than 50 species of songbirds like them. The leaves of the elderberry vine are munchies for white-tailed deer.

However, don’t go looking for elderberries and pick something that looks a lot like them: water hemlock. That’s bad stuff. Experts say you shouldn’t even touch that stuff.

But assuming you don’t get the hemlock by mistake or that you don’t find your self sipping some of the Brewster sisters’ finest homemade version of the wine, you could live a longer life by letting some fine elderberry wine cross your lips. Elderberries are high in antioxidants and researchers at the University of Missouri are experimenting to see if the berries can be used to fight prostate cancer.

What do you want to bet there’s a wine and cheese reception during that seminar next year. Wonder if anybody will ask the person behind the portable bar for a glass of elderberry wine and tell the bartender, “Please hold the arsenic, the strychnine, and the cyanide.”

There is no truth to the rumor that people ordering elderberry wine will be carded to see if they are 70 or older.