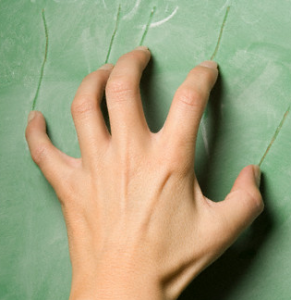 A news release from the University of Missouri School of Journalism has tripped a trigger of mental irritation that has pushed aside today’s intended topic — a state representative’s blatantly apparent lack of knowledge about government—and led to ruminations about words and phrases that either immediately or eventually make one go “Yechhhhhh!” whenever somebody uses them.   We’ll get to the state rep later, perhaps tomorrow.

The School of Journalism, where one presumes students are taught the discipline and precision of words, sent out a news release about a new website that praises (the headline said “lauds,” a word that you and I seldom use in our day-to-day conversation and one that therefore is not used in our newsroom) the work of people who care for the mentally ill in mid-Missouri.  What tripped the trigger is the sub-headline:

The fingernails raked across the mental blackboard when the phrase “skill sets” jumped off the page and burrowed painfully into my brain.

That’s a phrase cooked up by somebody five or ten years ago that has entered bureaucrat-speak and has spread like an aggressive mold in the increasingly abandoned House of Plain Communication.  What in the name of Heaven ever happened to the use of the word “skills?”   Who decided that skills have to come in sets?   And why should that person still be loose upon the land after helping further reduce the English language to blather?

Speaking of which: What’s with “weather events?”  Is it time to update the old quote usually attributed to Mark Twain and make it: “Everybody talks about the weather EVENTS, but nobody does anything about THEM?”.  Is it time to begin to refer to the “weathereventsman,” or “weathereventswoman?”   When will the anchors on the J-School television station start pitching to the meteorologist for tomorrow’s weather events forecast?

One thing about the people who tell us about weather events:  they need special skill sets to do the job properly.

While we are on the subject we wish to note the newest List of Banished Words released this year by Lake Superior State University in Sault Ste. Marie, Michigan.   Each year the the school releases its “List of Word Banished from the Queen’s English for Mis-Use, Over-Use and General Uselessness.”   This year’s list consists of:  Amazing, Baby Bump, Shared Sacrifice, Occupy, Blowback, Man Cave, The New Normal, Pet Parent, Win the Future, Trickeration, Ginormous, and Thank You in Advance.

You can find the reasons these words have made the 2012 list and you can review previous lists by going to the school’s Banished Words List website.

One thought on “Yechhh! Words”