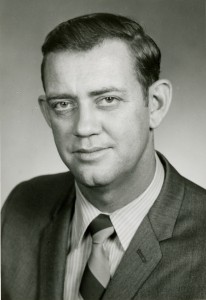 There was a time when you and I, common ordinary folks, were important at the capitol and we had a milkman named Jim Mulvaney as our guy.

Jim was a high school dropout who got his GED after joining the Marines.  He followed in his father’s footsteps (probably not a mere turn of the phrase) when he started delivering milk for Pevely Dairy after leaving the Marines. He got into politics because some people thought somebody like him had no role in politics.

James Patrick Mulvaney died at his Florissant home this week. Congestive heart failure. He was 78.  It has been several years since we saw him in the halls.  He probably wouldn’t like the place much today.  His obit in Thursday’s St. Louis Post-Dispatch recalls the time he said, “Private interest legislation flies through the legislature but people legislation has to sit back.”

No, he probably wouldn’t like the place at all today.

He served nine years in the House, a career that began because political insiders told him a milkman had no business serving in the legislature.  He told the newspaper, “It got me so damn mad I ran and beat them.” I can hear him in my mind saying that, with a chuckle.

Jim never carried himself or characterized himself as anything more than an average working man.  Some legislators then and now walk through the halls with a certain air of importance about them.  You know the kind.  Some of your community’s prominent business people have that same quality as they walk down your streets.  Not Jim.  He dressed the way I dressed in those days, and I bought a lot of my clothes at J. C. Penney.

But, oh my, when some big shot from business or from the legislature got in front of his committee and expected it to roll over on consumers, Jim Mulvaney was a force. I never heard him shout but when he wanted to put a big shot in his place, his voice and his look made it clear he and his committee were not to be trifled with by people in tailored suits.

Back in the 70s when Ralph Nader and the consumerist movement was in full flower, the House of Representatives created a consumer protection committee and Jim Mulvaney became its first chairman.   He used that committee to speak for people that he felt government too often ignores—ordinary folks like him.  He was a factor in laws that say all children, regardless of disability, deserve a public school education.  We forget that at one time, auto insurance companies could cancel policies arbitrarily, a practice curtailed through the work of Jim Mulvaney.  Senior citizen tax relief was an issue that came through his committee.  When utilities go to the Public Service Commission today asking for higher rates, they often are challenged by the Public Counsel who speaks for consumers.  Jim Mulvaney helped create that position. He successfully pushed a Utility Consumers Bill of Rights into law.

We remember him as the first consumer advocate to serve on the PSC.  Mulvaney, a Democrat, was picked for the commission by Governor Christopher Bond, a Republican.  And then when Joe Teasdale rode a populist/consumerist surge into the governorship on a promise that he would fire the commission (which he knew he really could not do), he quickly made Jim Mulvaney its chairman. And Mulvaney didn’t take any guff from the big utility companies.

After leaving government service he continued to work for things close to his heart and even to his last days he lobbied without a salary to keep the Bellefontaine Habilitation Center open despite high-level talk at the capitol of efforts to close it—and, in fact, to improve it.  Two buildings are named for him there now.

The House of Representatives has more than forty committees today.,  Not one of them contains the word “consumer” in its title.

But for a time, there was a guy named Jim Mulvaney who made things different.  In these days of term limits, only a few of us have the institutional memory to recall a time when a milkman-legislator delivered for the common people.

9 thoughts on “When you and I were important”