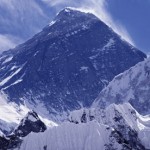 Lt. Gov. Peter Kinder has decided Mount Nixon will be too tough a climb in 2012.  He’s going to try to win a third term in his present job.

Only one man in Missouri history has held that job for 12 years.  How it happened is a story that I heard years ago from a man who tried to beat him in the primary election for a third term.  Here is part of the story of how Frank G. Harris served three terms as  Lieutenant Governor of Missouri, the only man so far in our history to win the job three times.   The story comes from John G. Christy, the first man to serve more than two terms as Speaker of the House. Christy was a dentist from Festus who had the unusual distinction of serving as Speaker of the House for three of the four terms he was in office.

Kansas City politics–and much of Missouri politics—was in the grasp of Kansas City political boss Tom Pendergast in those days.  Candidates for high state office made pilgrimages to “Boss Tom’s” office at 1908 Main Street in Kansas City, seeking Pendergast’s blessings for their candidacies.  Christy was one of those who went to see Pendergast in 1936.  Christy recalled that Pendergast thought Christy wanted to run for governor but Christy told him he was actually interested in the number two job.  “I’ve already endorsed Frank Harris for another term,” Pendergast told him, “but come back in four years.”

Four years later, Pendergast had run afoul of federal tax laws and was in prison, leaving the power-brokering to brother Jim.  And when Christy went to see him, Jim Pendergast told him to go ahead and file. But the Pendergasts, or what was left of the Pendergast machine, never endorsed Christy.

Frank Harris, who had Pendergast support twice before, also filed, seeking to become the first three-term Lieutenant Governor.  Christy recalled with a touch of irony in the telling, that he carried the Kansas City area but he lost central Missouri and southeast Missouri and lost the primary election by about 25,000 votes to Harris..

John G. Christy was a high state officer with the Selective Service system in Missouri during World War II.  In the 1960s and early 70s he became a three-term mayor of Jefferson City.

Frank Harris chose not to run for a fourth term as Lt. Governor and died December 30, 1944, a few weeks before the end of his third term.

A year from now we’ll know whether we have a three-Pete.