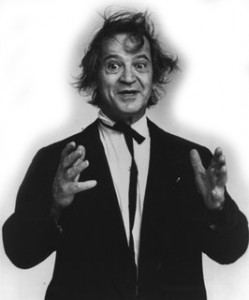 Ah, but at the end of the non-announcement announcement comes a caveat. The company will spend the next several months finishing all of the preliminary things it has to do before it can do the thing will do if it does it. And by the end of the year the company board will decide whether to do it.

My father-in-law used to talk about ‘getting ready to commence to begin to start.” I think that’s what this non-announcement announcement is kind of saying.

For the Jefferson County city of Herculaneum, the ultimate question is will Doe do?

Doe Run, which proclaims itself “the largest integrated lead producer in the Western Hemisphere,” is a historic company that has maintained lead mining as a vital industry in Jefferson County and other parts of eastern Missouri where lead mining has been going on for about 300 years. It has taken a lot of criticism along the way for the contamination that has resulted from three centuries of lead processing and plans to close its smelter in Herculaneum in two years. That would be devastating to the area.

But Doe Run has developed a new lead processing system that it says “virtually eliminates all lead air emissions and eliminates sulfur dioxide emissions.” It says the new process eliminates the production of slag. This is a big deal, folks, and officials in Herculaneum and Jefferson County are understandably excited that Doe Run has picked Herculaneum as a site for this proposed plant.

So we call a Doe Run spokesman to see if we can do an interview about this important announcement. Well, no, we are told, nobody wants to talk about it although the general manager of Doe Run’s Primary Smelting division IS QUOTED IN THE NEWS RELEASE!!!

You see, we are told, this is just a “proposed” plant. And since it’s only proposed, nobody from the company will talk about what this proposed plant will do. I should call the county commissioner or the Mayor of Herculaneum.

Oh, yes, at the bottom of the email that accompanied the non-announcement announcement was this line, “If you have any questions, please contact me…”

—so that I can tell you I can’t answer the questions you asked me to ask about the things the company will do if it does them after it plans to do the things it needs to do to determine if it wants to do the thing it is not announcing it has picked Herculaneum as the place where it might do it.

I have to quit writing now. There are some men in the newsroom who want to fit me with a white canvas jacket that has long sleeves that tie in the back. They tell me they’re taking me to a nice place that is quiet and has comfortable padding on the walls. They say it will help me recover from this awful headache.