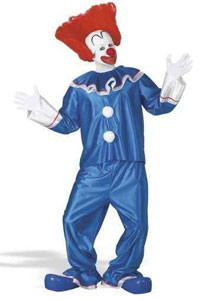 NASCAR has its silly season. It happens late in the year when contracts between teams and drivers are about finished and there’s all kind of speculation and negotiation going on about who’s going to be driving for whom in the next year.

This is about the time the silly season sets in at the capitol. It’s mostly predictable and sometimes it’s even fun to watch.

You can almost mark it on the legislative calendar each year. Five to six weeks before the end of the legislative session, the House and Senate start carping at each other about not starting debate on each other’s bills. Sometimes it comes down to one or the other of them saying, “We’re not going to take up any of your bills until you take up ours.” Occasionally the last two words of that sentence are an implied reply.

They get past it and by four weeks out, the two chambers are working on bills that have passed the other chamber.

Four weeks out, the senate begins debate on the House-passed budget bills. And the reporters start asking the lawmakers, “Do you think you can get agreements by the deadline?” which is a week before adjournment. They do. Sometimes they hit the deadline a few days early, in fact.

Legislation that some folks were proclaiming in January as absolutely essential have not been essential enough to various leaders and committee chairpeople all session. But three weeks away from adjournment, they start getting committee hearings from a committee in the chamber where they were introduced. Sponsors are thus able to proclaim that their legislation still has a great chance for passage although floor leaders already have moved on to the bills passed by the folks on the other side of the rotunda. Maybe in the last day or two when lawmakers are waiting for conference committees to work out some compromises, those bills will be allowed to come up for some debate.

This little dance lets the sponsors tell the folks at home or the special interest group that really, really thought the world would stop if the bill didn’t get passed that they worked hard for the issue but just ran out of time. But they’ve laid the groundwork for passage next year.

This is the time of year when people whose bills haven’t gotten a committee hearing or whose bills are buried so far down the debate list they have no chance of passage start looking at the bills that are in play to see if they can graft their dead legislation onto a living bill. The phrases “point of order” and “exceeds the title and scope of the original bill” will become more regular parts of legislative debate from here on out.

Every session produces, it seems, at least one weird thing in these last weeks. This time it’s an agreement brokered by the Governor between the animal welfare groups and the department of agriculture on changes (improvements?) to the dog breeder’s bill that was Proposition B last November. The agreement has come after the legislature has spent these four months passing its own bill doing that. The bill is waiting for the governor’s signature. A spokesman for the governor says the deal “transcends” the bill, whatever in the world that means. Sounds like somebody is turning the dog breeders’ law into some kind of religious experience. So now the question is whether there’s a bill still percolating in the legislative system that can be modified to include this transcendence so it can be sent to the governor, replacing the non-transcendent bill passed a few days ago.

So here we are, a little more than three weeks before adjournment and all kinds of big issues are pending and we scribes write our annual stories about whether there’s time enough left to pass this or that bill and legislators are earnestly promising that they’ll make every effort to get everything done and a little more than three weeks from now legislative leaders will hold news conferences to tell us what a grand success the session has been and everybody will go home and the silly season will be over.