We spend our lives here at the Missourinet covering people who want to put forth the image that they are soooooo adult, grownups with the power to make the laws. They are the ultimate moms and dads who sometimes tell us to do things “because I said so.” 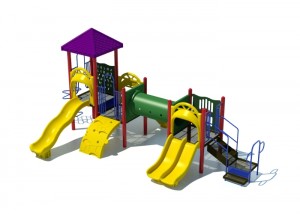 We were talking with our friend Faune Riggin, the morning host on Missourinet affiliate KZIM in Cape Girardea, this morning and found that both of us had been thinking something similar. Wouldn’t it be great if there were playgrounds built for adults like we used to have at school?

Slides and merry go rounds that we ran around in circles and pushed while others hung on. And jungle jims and plastic horses on big springs, tether balls. Swings. We would have to have swings.

And then all we’d have to do is forget about being adults every now and then and just go out and play.

We’re grownups and the phrase “play nice together” loses its meaning.

Our legislators sometimes quit work early in the afternoon or evening sometimes for a bowling tournament or a golf tournament or a softball tournament, often raising money for some cause. But that’s organized stuff for people who live in a system that already is highly-structured by laws and statutes.

There’s nothing wrong with sliding down a slide. Or climbing on a jungle gym, or swinging on a swing, just for the fun of it.

When did we become too grown up to just play?

When did we become too old to go out in the rain and jump in puddles?

Faune and I think something else would be just flat-out awesome. Big Wheels for adults.

We’re both jealous that kids get to have all the fun with those things. The vision of spontaneous and joyous adult Big Wheel races around the capitol is a wonderful thing.

Later today, Missourinet reporters will head to the capitol and we’ll watch men in suits and ties and women dressed in tasteful attire discuss congressional redistricting and charter schools and nuclear energy and payday loans and the federal deficit nd other issues of no mirth whatsoever.

These people need a playground and the courage to be kids again on a Big Wheel.

Come to think of it, so do the somber reporters who cover them.

Life is too short to waste so much of it being adults.

One thought on “Playing with adults”