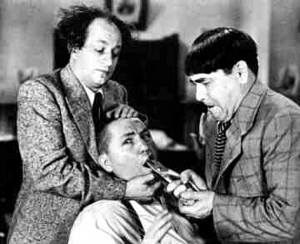 Sometimes reporters have to work hard to find out what’s behind what somebody is saying. Here’s an example from the capitol front lines.

Afterwards we interviewed her. We had to cut through vagueness to find out what her stake in the issue really is.

This is how it happens sometimes in the world of news-gathering.

She identifies herself as Donna Turk “from the Kansas City area.” The address on the news release says Lee’s Summit. She admits she’s from Lee’s Summit.

No, she doesn’t represent a committee or an organization. She’s just “a private citizen who attended public hearings in the Kansas City area.”

So what IS her stake in this issue: “I worked very hard on congressional campaigns the last three cycles.”

Which campaign did you work on? “I worked for the campaigns that worked to unseat Emanuel Cleaver.”

Late in the interview one of the late-arriving reporters asked for her name. And when she mentioned it, an alert Chris Blank of the AP asked, “Are you related, married to, Jacob Turk?”
That’s when she held up her left hand and displayed her wedding ring and admitted she was Jacob Turk’s wife. That’s something more, of course, than “a private citizen” (she mentioned that twice), a voter, and someone who worked very hard on congressional campaigns.

Sometimes, though, newsmakers–for no apparent reason that we can divine–make reporters work a little extra hard to get past bobbing and weaving to ferret out the agenda.