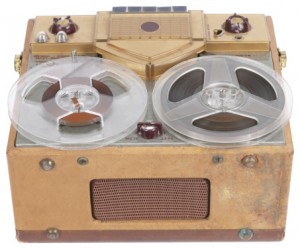 The Missourinet posts a lot of audio with our stories on Missourinet.com. It’s part of a public record. Sometimes we post the entire debate on an important legislative issue. Sometimes it’s an entire press conference or an entire interview.

The other day we interviewed one of our political leaders and a few minutes later we got a request not to include the entire interview with our story. The person we talked to was afraid that political opponents would take that audio, edit and manipulate it, and use it in a distorted way in a future campaign.

In these days of seemingly minimal political campaign integrity, such fears are justified. Unfortunate, but true.

So it’s time to let you know our attitude about this sort of thing.

First, we do not give our audio to anyone but the general public. Various causes and organizations through the years have asked us to give them some of our recordings. We don’t. That does not mean, however, that someone cannot go to our public website and appropriate that material. One of the penalties of serving the general public is that some segments of the general public are less honorable than others. Creeps and cretins are as much a part of our audience as Kings and Queens.

Can we stop them? Once something is in general circulation—and the internet is the greatest general circulation device ever invented—we have relatively limited control over its consumption. But we do have lawyers. And whether our material is fairly used could become an issue.

But fair use is not of much concern to creeps and cretins.

Here is what we told the political leader who asked us not to include the entire interview in the story we posted recently:

“We can’t comply with that request. While you might be concerned that others will take (the) comments and twist them in detrimental way, our concern is to let the public hear what was really said. We can’t stop those who want to twist these comments for their own purposes whether they get the material from us or from some other source-and we are not the only source. But for those who want to know what the truth is in (the) comments, this will be one of the places where they can learn who is lying. Our obligation is more to the truth than it is to protecting a public figure. If we make our editorial decisions on the basis of protecting a public figure, we don’t serve the public.”