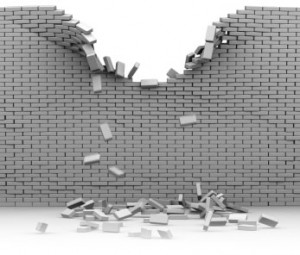 We heard it late last week. A chunk of the wall was taken down when Governor Nixon’s press office sent out word that the governor would make an announcement in his office and would answer questions from reporters afterwards. As you know, we had written critically about what seemed to us to be stonewalling about the postponement of the trade mission to Taiwan a few days earlier.

Today (Monday) there was another “thunk.”

Sam Murphey called from the press office to let us know the Governor’s schedule for the rest of the week. And he indicated the staff would be letting us (and other members of the Capitol press corps) know more often about the governor’s upcoming travels and announcements.

“Thunk” is a good sound to hear.

We hope we hear some thunks coming from some state agency spokesmen’s offices, too.