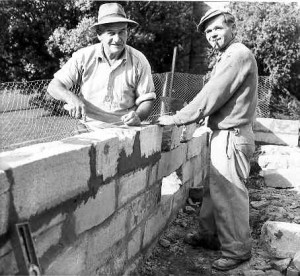 We return today to a too-familiar theme: state government stonewalling the public. We do not wish to make this issue a wearisome one for participants in this blogging exercise. But the facts are simple:

Information the public deserves to have is being hidden, intentionally, by public officials, those who claim to be public servants, those who ask the public to trust them to carry out policies for the public good. One of the roles of the media should be to let the public know if that trust is being abused. When it appears that it is, we think you should know.

Last week, Governor Nixon went around here and there trumpeting his upcoming trade mission to Taiwan and South Korea to finalize a five-year agreement to sell $600 million in Missouri agricultural goods, chemicals and technology to Taiwan. Various important Missourians would be going on the trip that was due to begin next Friday, the 10th. “This agreement highlight’s Missouri’s vital role in the global marketplace and is another sign that our economy is moving in the right direction,” the governor said in a lengthy press release.

Last Friday, one of Nixon’s press people released a statement: “Because of travel challenges, Gov. Nixon’s upcoming trade mission has been postponed.”

That’s all. No reason. No details. No suggestion when it might take place later. So I sent back an email to Sam Murphey, the press person who sent out the email. My email said, “Travel challenges?”

Murphey responded, “That’s correct.” No details. No suggestion about what “travel challenges” there were.

I responded, “Okay, let me be specific. What kind of travel challenges? Fear of getting shot down by a North Korean missile? Lack of aisle seats?” On reflection, I probably was too flippant.

Murphey responded that he had nothing more to say.

Well, there’s PLENTY more to say. But Murphey was hard at work with the stones and the mortar building a wall.

Wouldn’t you think that the Nixon Information Ministry would want to be courteous enough to mention something for the agriculture, chemical, and technology interests in the state who were counting on this trade deal? Wouldn’t it be good manners to mention whether the trade deal was still on, or was off, or had collapsed (was that the “travel challenge?”), or was delayed until the mission could be rescheduled? Shouldn’t the public that heard the blowing of the trade mission trumpet be told, “Sorry, false alarm. We’re not going after all because—?”

What’s wrong with a little basic honesty with the general public as well as the specific groups who have a lot riding on this trip?

Nixon has been dodging Capitol reporters who want to ask him about the change of plans. He’s made a couple of ceremonial appearances and then has bugged out after getting his face time on camera or microphone time for the radio folks at the ceremonial event. When our own Jessica Machetta asked Murphey and fellow information ministry minion Scott Holste after today’s Nixon sighting if there would be any more information the answer was short. No.

No, we’re not answering any questions. We’re not responding to any speculation.

So has a $600 million deal gone up in smoke? We’re not answering any questions. We’re not responding to any speculation.

Is this trade mission likely to ever happen? We’re not answering any questions. We’re not responding to any speculation.

Will this agreement be signed in separate events so the interested parties can start selling $600 million dollars in goods and services? We’re not answering any questions. We’re not responding to any speculation.

Today the St. Louis Post-Dispatch told us what Murphey wouldn’t. The trip was postponed because of the delicacy of some negotiations between the Chinese government and the Midwest China Hub Commission, which is trying to convince China to make Lambert-St. Louis Airport a major midwest trade hub. Taiwan’s independence is a major irritant to China, which claims Taiwan is part of that country. The Nixon trip would not be a good diplomatic move at a time when the negotiations about making St. Louis the big trade hub apparently are at a delicate point.

The Chairman of the Hub Commission told the newspaper the commission had been talking to Nixon about the trip “for a couple of weeks” before he decided to postpone the trip. A couple of weeks. Apparently those talks had been going on BEFORE the governor started blowing the horn about this great trade mission to sign the big deal with Taiwan.

The day after the governor announced the big trip, says the newspaper, the hub chairman sent him a letter asking for a delay. The lette rsaid the Chinese Consul General for the Midwest had expressed “strong concern” about the visit being misunderstood in Beijing and might affect the chances for setting up the hub.

The next day, Murphey put out the release announcing “travel concerns” had caused the postponement.

Governor Nixon appears to have been ensnared by the delicacy of a long-standing international disagreement between Taiwan and China. He has a bit of a tightrope to walk here. He surely doesn’t want to sabotage the Midwest trade hub negotiations that not only will be a major benefit to Midwest businesses but also a big feather in his cap in his re-election campaign. He also doesn’t want to endanger the $600 million trade deal with Taiwan for the same reasons. Postponing the trip was probably the judicious thing to do. Perhaps the hub negotiations are so delicate and the stakes are so big that there’s a fear that anything more than obfuscation would put them in jeopardy.

But surely issues of candor and courtesy have a place in public service that exceeds “Because of travel challenges, Gov. Nixon’s upcoming trade mission has been postponed” and We’re not answering any questions. We’re not responding to any speculation.