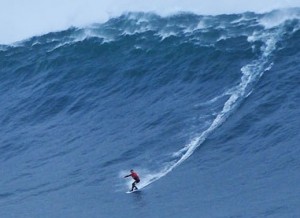 Many of the Missourians who went to the polls Tuesday voted because of economic issues. Republicans capitalized on the slow recovery of the economy. Democrats pointed to indications that the economy is turning around.

The economy is always a nice, big, fat, juicy target for candidates on all aides of the aisle. Some years, some candidates ride the wave. In some years, candidates try to capitalize on the country being in the trough.

Matt Bai of the New York Times noted, “It’s the politicians who catch the political wave at such fortunate economic moments–particularly governors who get themselves elected during hard times and then preside over the upswing–who tend to establish themselves as folk heroes and turnaround experts, rising to national prominence not just because of their policies but also because of their timing.” Bai also noted that Republicans who gained control of the House can also “bolster the profiles and credibility of the party’s younger leaders and their more innovative ideas.”

He cites some examples of governors who caught the wave. 1982 was a year when the nation was still in an economic slump that Ronald Reagan had not been able to turn around in his first two years in office. Among the winners at the state level that year were Michael Dukakis and Bill Clinton. Remember the “Massachusetts Miracle” that propelled Dukakis to the Democratic Presidential Nomination in ’98? Clinton built his credentials into a successful presidential bid.

But with Clinton in office, the economy turned sluggish in 1994 and Republicans gained governorships. One of them was George W. Bush whose term as Texas governor coincided with an economic surge. Others who rode the wave during the Clinton years, recalls Bai, were Governors Whitman of New Jersey, Pataki of New York, and Ridge of Pennsylvania, as well as Mayor Guiliani of New York City. Their political stars rose because he economy rose.

But before Clinton’s term was done, the economy was softening again. Here in Missouri, Bob Holden inherited the slump. His handling of the state budget problems stemming from it contributed to his defeat in his re-election bid in 2004.

President Obama came into office rallying hope behind an economically stronger America. He and his Democratic Congress have taken often-criticized steps that have not triggered the quick recovery he and Democrats hoped for before this year’s elections. (By the way, an awful lot of people seem to have forgotten that the TARP package that “bailed out Wall Street,” to use the political rhetoric of the campaign just past, was a Bush administration program). Voters, many of whom seem to expect Presidents to solve problems with a snap of the fingers–a perception fostered by noisy partisan manipulators of opinion on whatever side is the opposition at the moment–have decided to make some changes.

If the economic wave is indeed slowly building and if it continues to grow as hoped in two years, guess who will proclaim the most loudly that they are the ones responsible for the recovery by 2012? Chances are it will be the winners last Tuesday who will claim they had the magic touch.

Bai suggests we pay attention to Republicans who were elected Governor this year. “If President Obama is right and the economy that has shadowed this election year is about to right itself, then you might be hearing their names again, perhaps in 2012.”

We suggest that will be an appropriate time to ask whether they solved the problems or whether voters just gave them the surfboard with which to ride the wave. We’ll file that question away in the Missourinet newsroom futures file labeled “2012 campaign.” That’s when we, and we hope you, will start trying to see who have been the movers and the shapers and who have been only the movers.