A few weeks ago we started an irregular series examining some of the phrases our candidates like to spout during political campaigns. Here’s one we hear from time to time:

“Government should be operated like a business and should live within its means.” 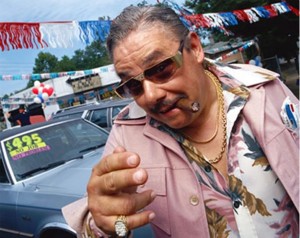 So let’s look at the first half of that assertion. “Government should be operated like a business.”

Next year, by the way, the Senate will gain a car dealer who will replace the “business owner” who owns a Coca-Cola bottling plant. The member in retail home furnishings recently sold out and is now a college president. He could not come back for another term because years ago the voters throughout Missouri decided voters in his district could not elect him to another term in 2010.

So in these regards, state government already operates like a business.

Here’s one big, really big, difference. When income slows, or when expenses rise, businesses can and often do increase their prices. Businesses, unlike government, like to make profits and many of them are not reluctant to increase their rates or their retail prices. The cost of electrical supplies goes up—customers pay more to have a new light switch installed. Detroit says the new model of car will cost $200 more; the dealer doesn’t like to hold his sales price at last year’s level. More uninsured people show up in hospital emergency rooms; hospitals increase costs to those with insurance. Utilities have to pay more for natural gas and coal to keep the generators spinning; they get a fuel adjustment rate increase and pass along the costs to consumers. .

When wholesale prices go up, business often pass on those higher prices to the consumers. We don’t know of many gas stations that are paying higher wholesale prices for fuel this year than last year that are still selling gas at last year’s prices, or the year before. We’ve seen old prices on some pumps in a few gas stations. But weeds are growing around those pumps and the sign doesn’t light up anymore, and the convenience store is empty.

But wait, taxes are bad. Candidates also make a lot of hay by promising no new taxes, or to fight for low taxes, or jsut plain to lower taxes or even to eliminate some taxes..

Government should be run like a business. Except it should lower prices and certainly not ever raise them.

Heaven help the businesses that are run like the government in that scenario.

Suppose the lawmaker’s business was run the way he or she thinks government should be run. No price increases. In fact, price reductions. Staff cutbacks. Service cuts. Layoffs. Giving money to others in hopes they’ll pay you back with a lot of interest if their business develops. No capital improvements on the building. An increasing backlog of needed repairs.