It’s been several months since we wrote our last installment about state agencies that seem to think reporters should never talk to people who might know the answers to the reporters’ questions.

The dreaded SPOKESMAN or SPOKESWOMAN has struck again. This time, it’s with both barrels. 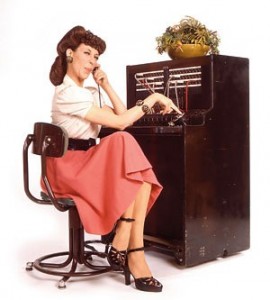 Missourinet reporter Ryan Famuliner looked at a news release with the headline, “October Lake of the Ozarks sampling finds no cases of elevated E. Coli levels” and noted a line about midway down that noted this is the fourth year of a five-year study of the lake that is intended to “develop a five-year baseline that will assist in future studies of the Lake’s health.” Ryan realized that line was a better story than the monthly report of the lake’s fecal content.

So about 10:30 am., he called Lorisa Smith, whose title in the Official State Manual is “administrative office support assistant,” who sent the e-mail, to find somebody to talk to about the ongoing study. He was told the person he needed to talk to was in a meeting and would call later.

So about 2 p.m., Ryan calls back to remind Lorisa he still needed to talk to somebody.

About an hour later, he got a call from Renee Bungart who is, according to the Manual, a “public information administrator.”

So a $21,000 “support assistant” had passed Ryan off to a “public information administrator” who makes $47,000. Ryan is nothing if not upwardly mobile. Mathematically, we calculate that as something like Flack Squared.

And it only took about four-and-a-half hours for Ryan to get to talk to somebody at DNR who could not answer his questions.

Ryan says Renee couldn’t provide much more information than what was in the press release*** that Lorisa had e-mailed. One of his first questions was something like, “Why are we doing this now?” And Bungart suggested he needed to talk to someone with the Lake of the Ozarks Watershed Alliance for that answer. Not to anybody in DNR’s own water quality program. He should talk to somebody who heads a citizens group at the Lake that provides volunteers to take water samples. No, she didn’t have a contact number for the person she told Ryan he should talk to because a knowledgeable person in DNR was behind the public relations stone wall and was not allowed out for public contact, or at least for media contact.

And who do the LOWA volunteers sample the water for ?

But nobody at DNR who could answer questions beyond the information in the press release was allowed to talk to us. And DNR doesn’t have a phone number for a person who could talk to us.

The Department of Natural Resources is one of the state’s most important agencies because it regulates the air we breathe, the water we drink, the parks we enjoy, the dams that impound our drinking water supplies, etc. But the department apparently has decided its most competent people cannot answer questions from reporters who want to tell things to the public that the department presumably serves and whose tax money the department gladly accepts.

DNR’s system now has not just one stone wall between reporters and people who know what they’re talking about. It has two.

Ryan did dig up a phone number and wind up talking to someone form LOWA and it was a good interview. She knew what she was talking about.

And we didn’t have to climb over any stone walls to get to her. Here’s Ryan’s attempt to get something meaningful beyond the press release.