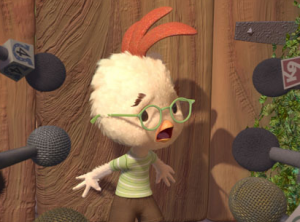 A few days ago we told you our political candidates were facing a deadline to complete Project Vote Smart’s Political Courage Test, a non-partisan survey of their positions on key issues in this elections cycle. And we said we’d name names for those gutless candidates who don’t want the voters to know what they think about issues. PVS folks tell us the most common reasons candidates don’t respond is because their parties and their consultants don’t want them on the record because their opponents might use the information to campaign against them. So the advice is to ignore surveys of their positions and stick to the proven one or two message points that seem to have the most favorable response from voters.

Would you think that approach shows political courage?

For candidates that don’t answer the survey, PVS has had scads of researchers looking at voting records and public statements that will allow PVS to INFER candidates’ positions on the issues. Of course the candidates can make corrections if they think the inferences are wrong.

If you want to look up whether candidates in your district answered the surveys and what their answers are (or PVS’ inferences) go to the Project Vote Smart Website, www.votesmart.org. Here are some of the responses from campaigns around the country.

To cut to the chase:

PVS reports only 43% of the Missouri candidates for Congress and only 13% of the candidates for state legislative seats “were willing to tell voters where they stand on key issues facing the nation.” (Those are PVS’s words.) Most of those who responded were third party candidates. Only two incumbent Congressmen responded.