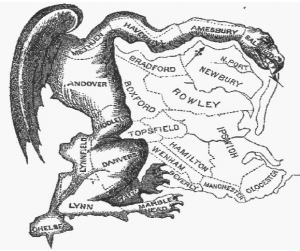 A year or so from now you might be living somewhere else although you will still be in the home or apartment you’re in now.

These elections this year are the last for the current congressional and legislative districts. Before the next election the new districts will be drawn based on the 2010 census numbers.

The legislature handles congressional redistricting. Senatorial and House redistricting are in charge of special apportionment commissions.

Republican control of the legislature gives Republicans more strength in drawing congressional districts that could be less favorable to Democrats, particularly if the census causes Missouri to lose a seat in the House. We now have nine House members, six of them Republican. .

For redistricting the state Senate, the major political parties submit lists of ten names each from which Governor Nixon will pick five members of teach party as the Senate Redistricting Committee.

For redistricting the Missouri House, both major parties submit two names from each congressional district. Governor Nixon will choose one representative from the two major parties in each district, creating an 18-member House commission.

Members of of both commissions cannot seek state office for four years after the redistricting.