My uncle Leo was a tall, bald, quiet man with horn rimmed glasses. His easy smile and gentle nature didn’t seem to go with his chiseled face and strict posture. 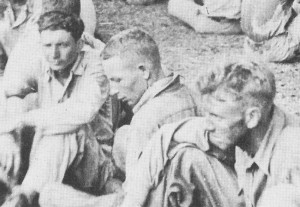 As a little kid, I knew he was a World War II veteran. As a bigger kid, after he died, I found out he was a POW, was on the Bataan Death March, lived on water and rice and endured what was, and often still is, unspoken.

I wish I could’ve heard it all from him.

As an even bigger kid, I did a studies abroad project on WWII in France, visiting the beaches of Normandy. 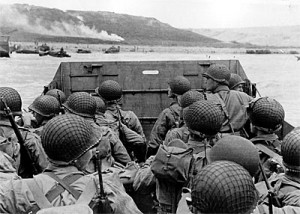 The scars of the D-Day invasion mark the brick and stone buildings in and around Caen, pit the beaches. The rows and rows of white crosses and stars of David overwhelm the senses. It’s not like on T.V.

As I absorbed the landscape of Omaha Beach — a cold, drizzly day not unlike the day Operation Overlord went full thrust some fifty years before — I overheard a British man trying to explain to his wife where he had landed that fateful day.

I offered him a map I had brought with me that covered the entire area, not just Omaha Beach, and we figured out exactly where he invaded June 6, 1944. In return, I got a first-hand account of what took place, on those now liberated grounds, so many years ago. 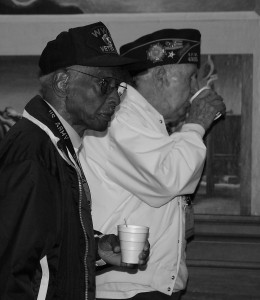 Since then, I’ve never missed an opportunity to talk with a veteran. Doesn’t matter which year, which war, or for that matter, which military.

Which is why when I saw dozens of gentlemen at the Capitol recently [photos], all wearing “Honor Flight” T-shirts, I visited with Francis Pearman, who didn’t disappoint. [AUDIO: 16 min]

AT 90, he’s the only one living from his fellow enlisted men in his unit.

I hope you enjoy the conversation as much as I did.

UPDATE: After doing some searching online, I found an obituary for Leo Bogler in The Quan, a veterans’ publication that is now online. 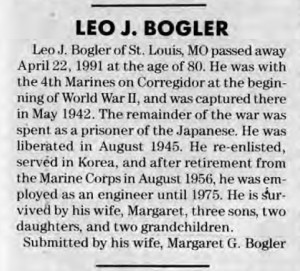