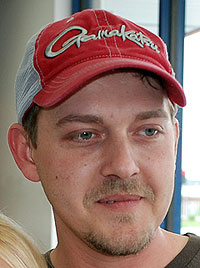 Just when the state needs a financial windfall, along comes a Powerball lottery winner. The jackpot of almost $260 million can be claimed in a couple of ways–in 30 payments or in a lump-sum payout.

State Lottery Director May Scheve Reardon tells us the lump-sum payout is $124,875,122. That’s before taxes. Federal taxes will gobble up some of it. State taxes will take six percent. Six percent, by our crude back-of-an-envelope math is $7,492,507.

Would that we all should be so lucky as to owe–and be able to pay–$7.5 mil in taxes to the state.

How important would that money be to the state? Consider that we learned Chris Shaw of Marshall would finally have enough money to pay his utility bills was the day the state budget director announced another $45 million dollars in withholdings from state programs and services because state income is down almost 14 percent from this time in the last fiscal year.

Of course there’s no guarantee that the taxes will be paid in this fiscal year. Last we heard, in fact, Shaw had not decided whether to take the lump or take the long-term payout that in the end will mean more money. He’s only 29, unlike a lot of Powerball winners who are much later in life and question whether they’ll see 30 payments. Nonetheless, here are a couple of examples of what $7.5 million in taxes means in these days of huge budget cuts.

But there’s no way to say that the money would keep any of the $45 million dollars in withholdings from happening. Still, it’s a meaningful amount in unexpected tax income for a state that has now cut or withheld $900 million from state programs and services in this fiscal year and faces even deeper cuts in the fiscal year after the one that starts July 1. It’s a lot of money to you and me. But it’s only a small drop in a state budget that totals about $23-BILLION. So the tax won’t be a windfall exactly. But it will stir up a nice little breeze..

This guy suddenly has so much money he could wind up paying more than seven million dollars in state income taxes. Seven million!!

And you know what really gets your goat? If you had bought YOUR Powerball ticket one second earlier or one second later, you might have gotten that ticket.

The state lottery wants you to think about that a lot.