April 21 will be the 100th anniversary of the death of Missouri’s greatest writer, Mark Twain. 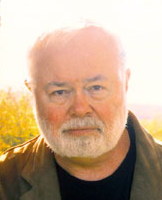 Twain’s enduring presence in world literature is being observed and analyzed in numerous forums this year. Missourians have a chance to take part in one of them next week in Columbia. The event features Hannibal’s finest writer since Twain, Ron Powers.

He’ll be speaking in the Paul Anthony Brick Lecture Series in the Jesse Wrench Auditorium at the University of Missouri-Columbia Student Union at 4 p.m. on March 17, 18, and 19. The lectures, titled “A Century After Sam: The Fate of Truthtelling and the Narrative Style,” are free.

Ron grew up in Hannibal, surrounded by the images, the reality, and the mythology of Twain. Many years later after winning a Pulitzer Prize for Criticism (the first television critic to do so) nd an Emmy for his work as a critic on Charles Kuralt’s “Sunday Morning” program, he began to write about the Hannibal he knew and that town it had become, first with White Town Drowsing: Journeys to Hannibal, then with Tom and Huck Don’t Live Here Anymore: Childhood and Murder in the Heart of America.

But greater than the pull of Hannibal was the pull of Samuel Clemens. In 1999, Ron wrote an exploration of Sam’s early life, Dangerous Water: A Biography of the Boy Who Became Mark Twain, a different view of Clemens’ early years than those familiar with the Tom and Huck stories might have had. Five years ago, his Mark Twain: A Life, set the new standard for understanding the complex life of Samuel Clemens/Mark Twain.

Ron wanted to be a sports cartoonist and sportswriter when he was in college at the University of Missouri. While his drawings that often displayed his wonderful sense of humor were outstanding and gained quick acceptance in the student newspaper “Maneater,” it was clear to those to those who read the things he wrote for his creative writing classes that Ron was blessed with a special talent that was beyond sports and the written word was greater than his pen-and-ink images. That talent made his sports writing career a short one at the St. Louis Post-Dispatch where he soon got into feature writing. He moved on to the Chicago Sun-Times as a television critic and won his Pulitzer Prize there. He was with Kuralt for several years (and does a wonderful imitation of Kuralt, by the way) and for several years has lived in Vermont where he taught for sometime at Middlebury College

He’s helped others write books, including James Bradley, whose Flags of our Fathers hit the tops of the best-seller lists ten years ago, and most recently Senator Edward Kennedy on his posthumously-published memoir.

Ron seems to have an ability only the finest biographers possess. While most of us–journalists and historians– write from the outside of our subjects, observing the external actions and expressions, Ron is able to write from the inside, for lack of a better way to describe it. No one that we have read has ever given us that kind of understanding of Mark Twain.

Those who can get to those 4 p.m. lectures next week in Columbia are in for a treat.