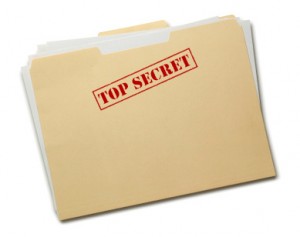 A few weeks ago we posted about how hard it is to get some people in some state agencies to actually talk about what their agency is doing.  The official spokesman has been designated the possessor of all knowledge these days.  We’ve decided from time to time to update the situation.

Governor Nixon is out and about announcing a Youth Corps program for the state parks this summer.  He hasn’t talked about it in Jefferson City, where the state parks department is headquartered, so we thought we’d call up state parks director Bill Bryan to interview him about the things this program would do to benefit his division.  He wouldn’t be in today but we were told deputy director Dan Paige would call us back.

Nope.  Dan can’t talk.  However the spokesman for the Department of Natural Resources, of which the Division of Parks and Historic Sites is a part, called.

He’s not supposed to talk either.  We have to talk to the Governor’s office because it’s a Governor Nixon initiative.

Sooner or later a reporter has to decide just how far he wants to chase a story that is nice but not essential on a day when there are a lot of other stories that have to be dealt with.  We think we’ve gone far enough on this one today.   Too bad the Parks Division can’t talk to us about one of its own programs.